In FFXIV, players can transfer a specific character’s HUD settings to another by simply copying the files into the correct folder.

Final Fantasy XIV (FFXIV) is a thrilling video game that allows players to experience simulation and adventure elements. Players can explore and discover a fictional world in which they can interact with other players and the game’s environment.

The game comprises different activities for you to enjoy, including defeating enemies, crafting gear, and completing quests, amongst many others.

Players can create a character prior to stepping into the persistent world. You can customise your character by choosing their name, race, class, and facial features. Even though you may only need 1 character, some players choose to play with more than one.

Why do players create more than 1 character?

Players create more than 1 character for multiple reasons, one of which is to explore other races or classes. This essentially applies to games that have more than 1 class and offers players multiple races with unique benefits.

Moreover, creating a new character can be a way to connect with friends who just started playing the game. This way, you would not be on a much higher level than them and you can advance in the story together.

Additionally, players create a new character to combat limitations like storage and space. This might mean that they will not actually play with the character but will instead use it as a storage unit.

FFXIV: How to transfer HUD settings

If you have created an alt, you may want to transfer your main character’s heads-up display (HUD) and other settings to the new character.

It is noteworthy that the following method only works on personal computers (PC) users and will not work on PlayStation 4 or PlayStation 5. Firstly, head to your game’s folder on your PC.

The game creates a folder for every character on your account, so you will have to find the folder that contains the HUD you want to transfer.

An easy way to do this is to load the character whose HUD settings you want to copy. Then, in the game’s folder, you can select the folder with the latest modification date, which will be the character’s folder you logged onto.

Next, you have to determine which folder is the new character’s, and to which character you want to transfer the settings. 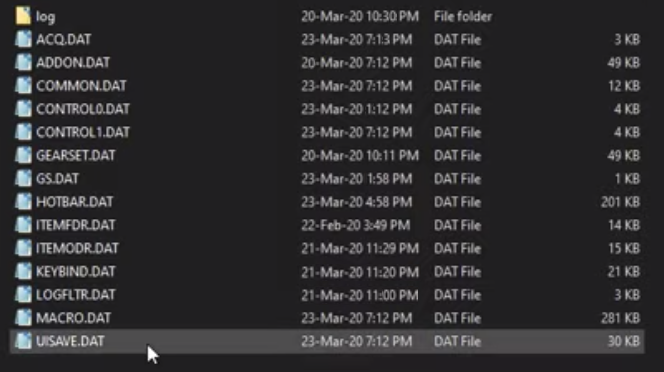 Can you transfer other settings too?

In addition to copying one character’s HUD settings to another, you can also copy the camera type, targeting functionality, and display filters. This means that you can transfer control settings, item settings, hot bar settings, and user-interface settings, amongst others.

Players that are interested in copying these settings can follow the same method used to transfer the HUD settings. Players should ensure that they do not accidentally lose their main character’s settings by copying the wrong files.

It is recommended that you create backup folders for the characters before starting this process.

Why should you transfer settings?

Once you have created an alt, you will experience the default HUD settings and key binds. It can take some time to change the HUD settings to how you like them and to bind your keys to perform certain actions.

Many players thus decide to transfer the settings rather than setting them manually all over again.

Similarly to other video games, FFXIV features multiple modifications, or mods. You can install a mod to alter certain functionalities of your gameplay, including your HUD settings.

Throne’s Clean HUD is very handy, especially for new players who have just started playing the game. This mod gives players the ability to customise the HUD in order to reveal critical details while hiding those that are not very important.

The game will thus look cleaner and feel less cramped. Moreover, you can enlarge some important information in the game, such as debuffs, which help you die less.

FFXIV is an adventurous video game that invites players to experience tactical and simulation elements. Players can explore a fictional world where they can interact with other players as well as the environment of the game.

The game offers a range of activities for you to enjoy, including  defeating enemies, crafting gear, and completing quests, among others.

All players have to create a character when they first play the game. Some choose to create additional characters for various reasons.

You can simply transfer one character’s HUD settings to another by copying the correct files into the folder of the character in question. Players should ensure that they do not accidently lose a character’s valuable settings in the process.

1 thought on “FFXIV: How to transfer HUD settings”