In FFXIV, players can choose a job type, one of which is the Astrologian, who uses the stars as a guide to wield a new form of magick.

Final Fantasy XIV (FFXIV) is a popular massively multiplayer online role-playing game (MMORPG). It was launched globally for PlayStation 3 and Microsoft Windows in August 2013, as a successor to the unsuccessful 2010 version of the game. It was later released for PlayStation 5, PlayStation 4 and the Mac operating system.

The game is set in the fictional world of Eorzea, five years after the events of the original 2010 release. At the end of the original game, the primal dragon Bahamut escapes from its lunar prison to commence the Seventh Umbral Calamity, an apocalyptic event that destroys most of Eorzea. 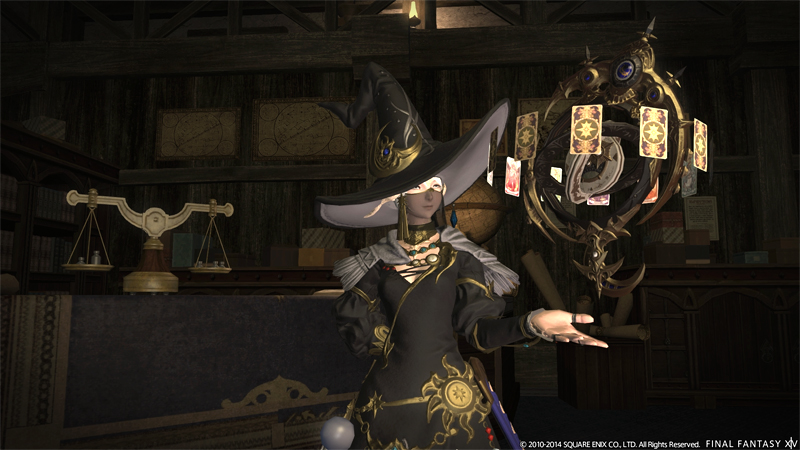 FFXIV features a continuous world in which players are able to interact with the environment and with other players. The game invites players to customize and create a digital character to enter the world.

Players are able to choose a name, gender, race, starting class and facial features. Unlike the original game, players may only choose to be a Disciple of War or Disciple of Magic. It is important to note that the Disciples of the Land and Hand are initially locked.

In the game, players can participate in multiple activities. However, it is advised that they first follow the main quests before participating in other adventures. They are then able to complete various side quests, class and job quests.

The game features various jobs for players to choose from. It is important to note that each job has its own unique skills and abilities. The following table indicates the job types for tank, healer and damage dealers:

It is recommended that players carefully consider their job type, as each job type has a specific role. Players can thus not take on the role of a tank with a physical ranged damage dealer job type.

As mentioned above, the Astrologian in FFXIV forms part of the healer category. The official job description reveals that ever has man coveted knowledge but none more so than that of his fate. Thus, did he labour to aster the skill of foresight, however, initial efforts bore little fruit.

That is, until men looked to the stars above, which foretell the coming seasons. Subsequently, men learned to read the heavens.

Though this talent is known today as astrology, the residents of Sharlavan saw it fit to not only read the stars, but to write their movements as well. By adjusting their aetherial energies to that of constellations, they learned to wield magicks.

Subsequently, astromancy was born. It is a new form of magick, which grants its users power over fate. Employing a star globe, and divining deck in their supernatural gifts, fortune always smiles upon the masters of arcana.

It is important to note that the Astrologian has different abilities for player-versus-environment (PvE) and player-versus-player. The following table indicates the name and a description for some of the PvE abilities:

While the following table indicates the name and a description of some PvP abilities:

In addition to the above-mentioned abilities, Astrologians in FFXIV also feature Arcana abilities, common actions, role actions and various traits. Players should thus pay attention to these when creating or playing with an Astrologian.