Family Island has launched Lamp Island for the second time, where players need to help Timmy escape from the lamp to obtain the Genie’s Palace Energy Generator.

When players first step into the world of Family Island, they will be greeted by a modern Stone Age family. The family consists of Bruce, Eve and their wonderful children, Tim and Lizzy. Players will soon discover that the family lives on a cosy prehistoric island. In the game, players are able to immerse themselves in an unforgettable world of adventure alongside the family.

The game invites players to take on different roles, for instance, a cook, explorer, trader and farmer, among others. This means that players can explore wild territories, solve puzzles, find hidden objects and set on an adventure to new islands. Additionally, players can build, improve and customize their little village. They are also able to start their own family farm, meet unusual animals and complete various quests in order to help the family survive on the island. 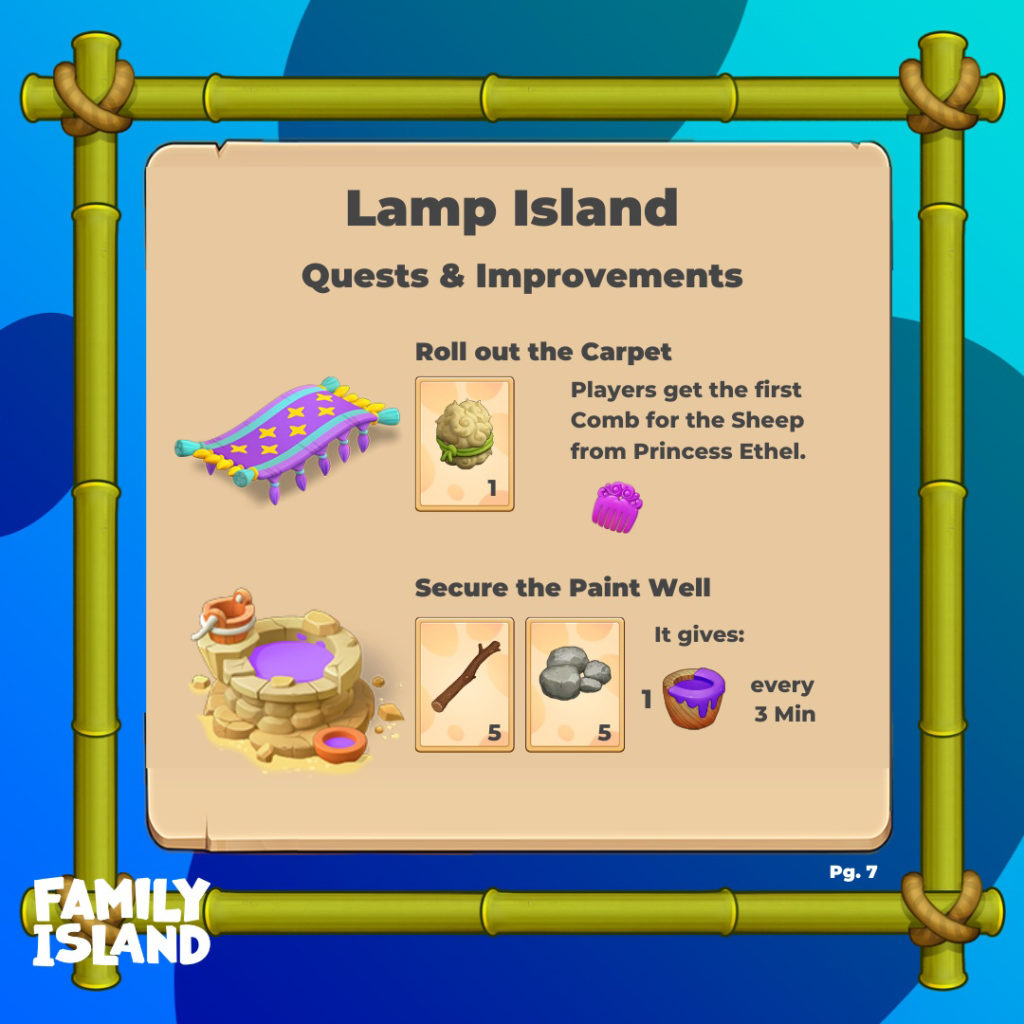 It is clear that Family Island offers players a variety of activities to do in-game. However, the game also invites players to participate in multiple in-game events throughout the year. During the in-game events, players are able to complete limited-time questlines, explore new islands and collect unique items. 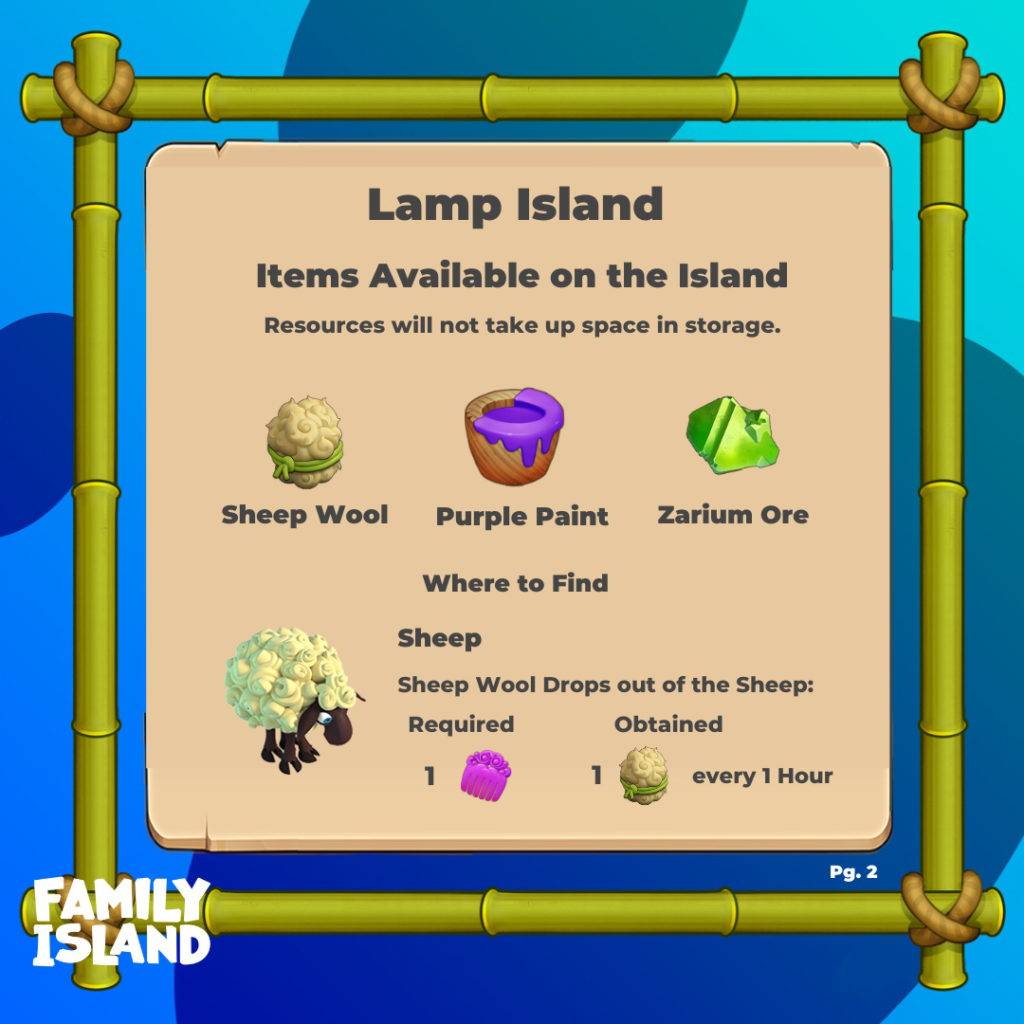 Family Island announced a new extraordinary event in early 2021. The event features two islands that players will be able to explore: Sultan’s Island and Lamp Island. The event kicks off as Hapoor shows the family a strange lamp which he found on another island. He soon assures the family that a woman’s voice came from the lamp. However, the lamp is silent. Hapoor suggests that the family travel to another island to hear the woman’s voice.

The family then travels to the Lamp Island. Before Timmy even sets foot on shore, he rubs the lamp and disappears. Simultaneously, a girl named Ethel emerges from the lamp. She is quite unhappy as her place in the lamp was taken by Timmy.

The family soon learns that Princess Ethel is the daughter of the Ocean Lord. She spotted Lamp Island from the sea and was attracted to the sumptuous decorations in sultan’s gardens. Out of curiosity, Ethel swam closer and met a pretty old woman along the water’s edge. The old lady stated that she had dropped her favourite lamp in the water. Ethel picked up the lamp from the water, wiped it and subsequently became trapped.

Even though Princess Ethel is free from the lamp, Timmy is now trapped inside. Ethel is saddened, but she assures the family that they have until the next moon to keep Timmy from becoming a genie.

The family needs to head to the Sparkling Palace, as the ritual of liberation can only be performed there. The players found multiple old purple carpets on Lamp Island. The carpets were not simple, but they were magical, as they give players clues. However, the carpets needed restoration, which required special purple thread. Players were able to craft the threads in the workshop using wool and purple paint.

To obtain more clues, players needed to restore all of the pavilions on Lamp Island. To rebuild the pavilions, they crafted multiple lamps. After doing restoration on all the carpets and pavilions, players were able to head to Sultan’s Island. They were then able to rescue Timmy from the lamp.

During the event, players obtained various rewards and decorations for their home island. However, the event concluded in May 2021. Luckily, Family Island recently launched the Lamp Island event for a second time. The event commenced on the Friday, 10 September 2021.

Participating in this event will offer players some awesome decorations and tons of resources even if they played the first time. Players are able to meet Princess Ethel again, find a bench and magic carpets to collect the Genie’s Palace Energy Generator.

After arriving on Lamp Island, players will need to collect and craft various event resources. They will shortly find the first sheep on the island. In exchange for one comb players will get one wool. It is important to note that they will either craft or search for combs.

Players can progress through the island by rolling out carpets, fixing bridges, filling pits and even blow up some Dynamite. On Lamp Island, players will also discover a broken well. Once the well is repaired, they will be able to collect two paint cans from it every five minutes. 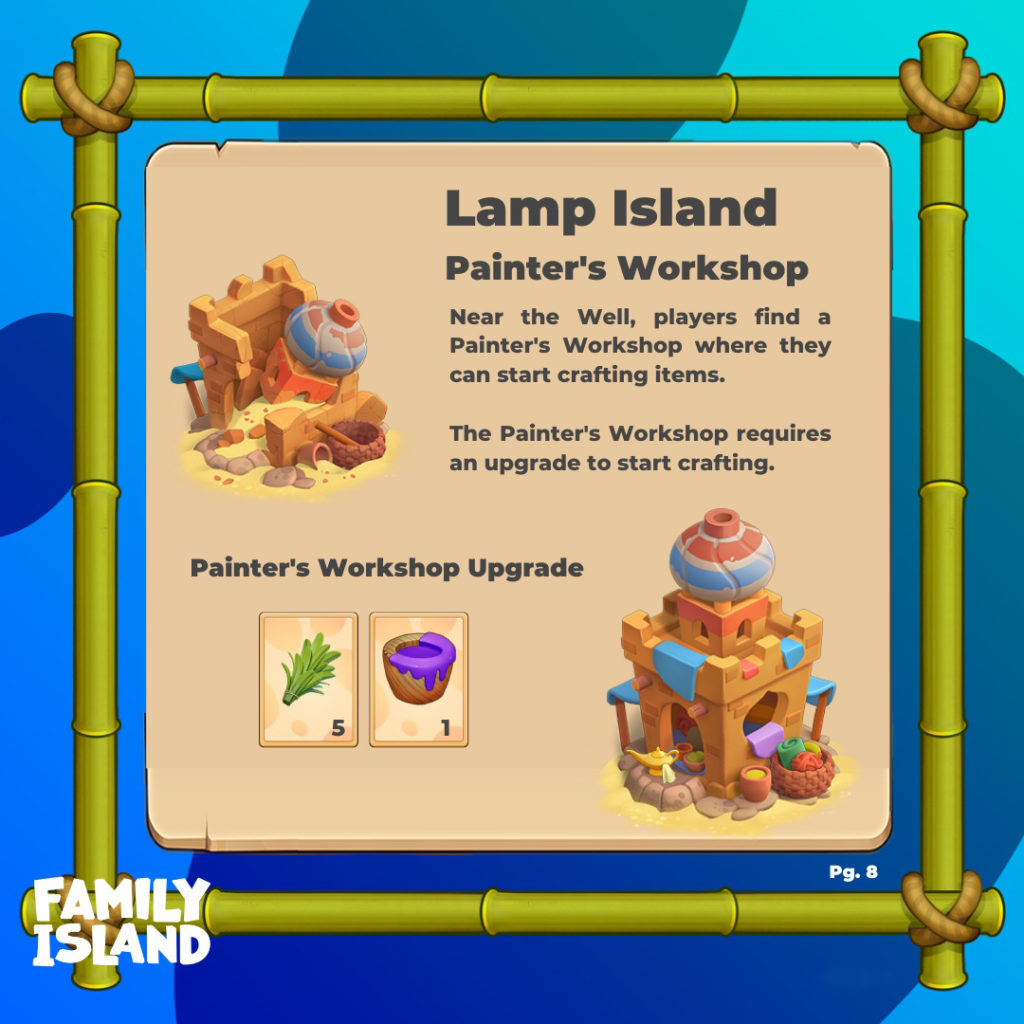 Players will be able to decorate their home island with all the unique decorations they obtain during the Lamp Island event.