One of the gear sets players can find in The Elder Scrolls Online (ESO) is the Clever Alchemist, which is recommended for players interested in the player-versus-player gaming mode.

The Elder Scrolls Online (ESO) is a very popular massive multiplayer online role-playing game (MMORPG). It is set in the continent of Tamriel, and it invites players to follow a storyline, which is indirectly connected with other games in the Elder Scrolls series.

In the game, players can follow quests, participate in events and explore various areas. As players progress in the game, they will discover that it features early-game, mid-game and end-game gear.

Early-game gear is generally very easy to obtain, however, it does not offer the best statistics. End-game gear on the other hand is usually obtained though completing trials and veteran dungeons, and provides powerful statistics.

One of the mid-game to end-game gear sets that players can obtain in ESO is the Clever Alchemist set. It is part of the Thieves Guild downloadable content (DLC), which means that only players who have purchased the DLC can access it.

As mentioned above, players will come across various types of gear in The Elder Scrolls Online. However, it is important to note that each set offers the character unique statistics and additional abilities.

The following table indicates the set bonuses for each item worn of the Clever Alchemist set:

It is clear that wearing five items of the same gear set will provide the player with the best bonuses and statistics. However, players need to wear two different sets so that their character is fully equipped.

This means that in addition to the Clever Alchemist, players will need to equip another five-piece gear set.

The additional set depends on the player’s class, role and in which mode they are playing in.

How to obtain the Clever Alchemist

Even though collecting certain gear sets in the game can be difficult and very time consuming, the Clever Alchemist is craftable.

This means that players can craft any armour, jewellery or weapon with this set in any motif style they know. However, they will only be able to craft the gear if they have seven traits researched per item. 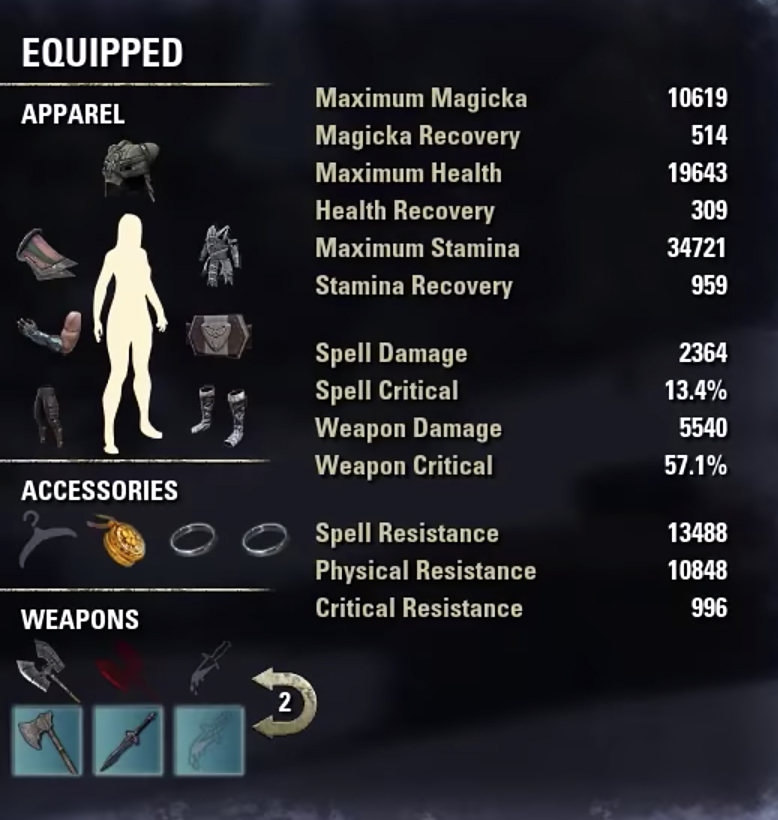 Players should also remember that they can trade the crafted pieces to other players, but each set item becomes bound on equip. It can thus not be traded once they have equipped their character with the item.

Where to craft the Clever Alchemist

It is important to note that the Clever Alchemist set can be crafted in Hew’s Bane. However, the workshop is called, No Shira, and it is located at the South of the map. Similar to other workshops in ESO, it is indicated by a fire and tools icon.

That being said, some guild halls may consist of all the craftable sets in ESO. This means that players do not necessarily purchase the DLC to craft the gear, instead, they can travel to their guild hall to see if it is there.

Alternatively, they can ask in the zone chat, or in their guild chat if there is someone who can craft the gear for them. However, this method may require them to purchase materials or offer the crafter gold.

Who should wear the Clever Alchemist gear set?

Even though players can equip any gear they want, it is recommended that they use the Clever Alchemist in the player-versus-player (PvP) gaming mode.

PvP players should use this set, as it provides a lot of maximum health while increase the character’s damage dealt to other players.

As mentioned above, players need to equip another five-piece gear set with the Clever Alchemist set to fully gear their character. It is thus advised that they equip either New Moon or Vicious Death for PvP. It is believed that multiple off-tanks also wear the Clever Alchemist, due to it increasing their health. Additionally, it is also seen as a great set for Warden Stamina characters.

The Elder Scrolls Online (ESO) is a popular massive multiplayer online role-playing game. It is set in the continent of Tamriel, and It allows players to follow a storyline, which is indirectly connected with other games in the Elder Scrolls series.

One of the various gear sets that players will discover while exploring is the Clever Alchemist. Since it is part of the Thieves Guild downloadable content (DLC), only players who have purchased the DLC can access it. However, players may also find it in their guild hall, or ask someone to craft it for them.