The Maze of Memory is an event in Dislyte that invites players to explore a maze of tiles in search of Core Memories.

Dislyte is a thrilling mobile game that invites gamers to experience turn-based battles in a modern, mythological world.

Unfortunately, the world was seized by horrific monsters, so in an attempt to defeat them, ordinary people transformed into Espers, who are divine beings with unique powers.

In these troubled times, it is your responsibility to create teams of Espers and battle enemies to restore tranquility to the world.

There are various activities you can enjoy in Dislyte, but it is advisable that you focus on progressing in the main campaign of the game.

In addition to the campaign and various activities, you can occasionally participate in events, which are only active for a limited time period. One of the events you can enjoy is the Maze of Memory.

In an event, you get to experience Dislyte in a new, thrilling way for a limited period of time. When an event is active, you generally have to complete specific tasks, objectives and missions to earn various rewards.

The rewards you earn from an event can sometimes only be obtained from that specific event. It is thus advised that you try your best to participate in every in-game event.

Events occasionally have themes that correspond to real-life events. Or in Dislyte’s case, they will create their own themes for their in-game events.

Some of the most successful events include, but are not limited to tournaments, limited-time obstacles and challenges. You should ensure that you understand the event’s mechanics before participating in it.

In order to access the Maze of Memory in Dislyte, your account level has to be at least level 25. If your account is under level 25, it is recommended that you focus on gaining experience points in order to participate in the event. 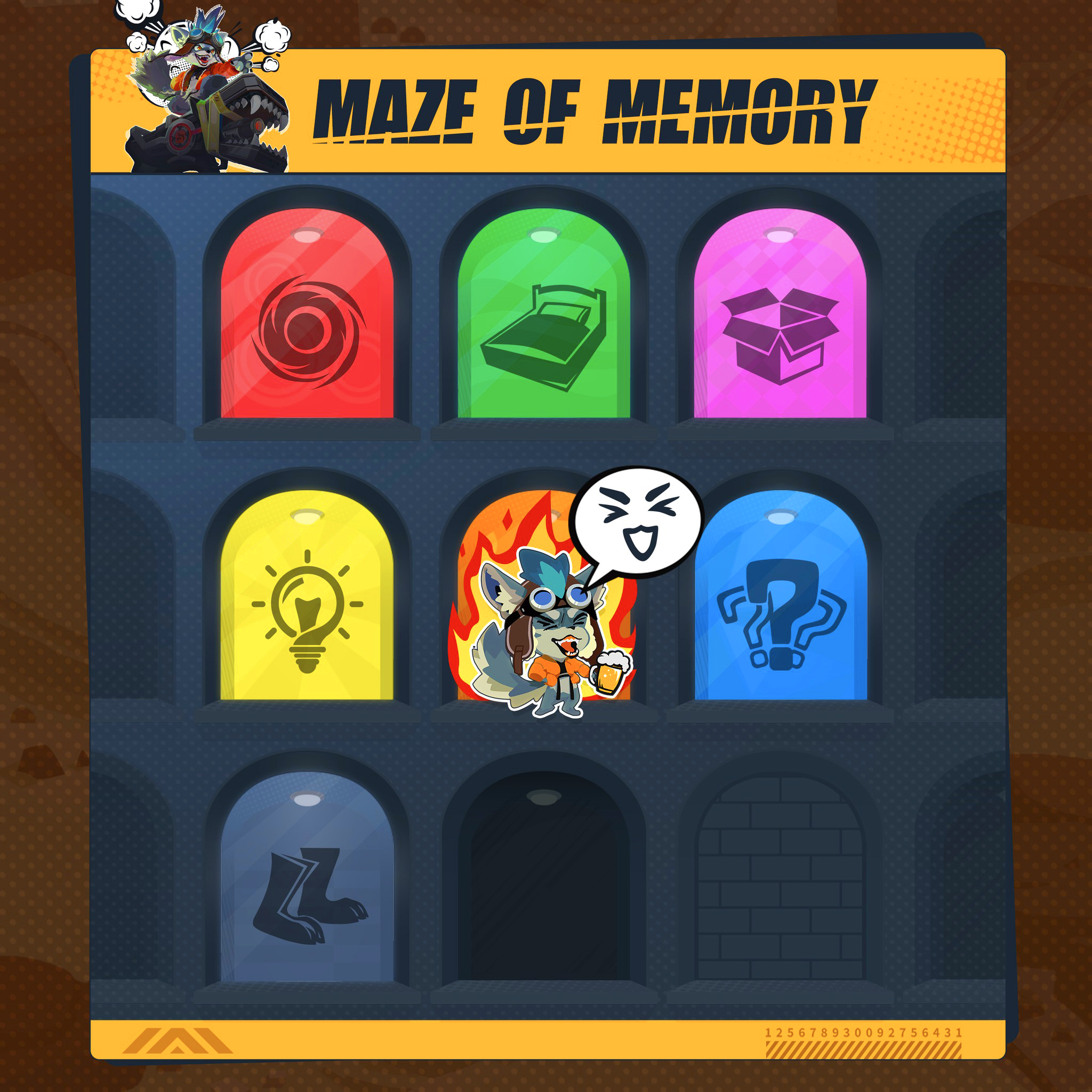 If you are level 25 or higher, you can open the event menu by selecting the Theme Show billboard. It can be found on the game’s main menu, and is situated to the left of the story section.

In the new menu, you will discover different chapters you have to complete, a shop, a commission tab and a boost icon. Players can begin their Maze of Memory adventuring by selecting the first chapter.

Bear in mind that you have to complete the chapters in order. In other words, you have to finish a chapter before you can move on to the following chapter.

The in-game description for Maze of Memory reveals that players can explore the maze with Brewmaster in order to find lost Core Memories through memory fragments.

To be successful in the event, Dislyte players have to earn exploration points while searching for the maze’s exit. There are different coloured tiles on the map, each of which has a unique effect.

The goal is to reach the exit without losing too much Squad Morale. In the top left corner of the game, you will find 2 bars.

The green bar indicates your Squad Morale and if it depletes, your attempt to find the exit is unsuccessful. While the black bar indicates Fury, and when it reaches 90 points, the entire squad will enrage.

While progressing through the maze, the Brewmaster may become frenzied. During this time, you will receive a 100 percent critical rate and healing bonuses.

Your squad morale will decrease by 2 percent per move while exploring and the Beewmaster has one turn at the start of the fight.

It is recommended that you use these boosts to your benefit as the chances of succeeding in battle are significantly higher. And, you will be able to stay in the maze for much longer, as your Squad Moral decreases.

What are the tiles?

There are different coloured tiles in the maze, and you can progress in the maze by clicking on a tile. However, each tile has varying effects on the game; some of them are indicated in the table below:

The goal of the maze is to find the exit, which may take a while seeing as there are various icons. The exit is a white tile, and it features an open door. Even when you discover it, you still have to complete several tiles in order to reach it.