In Destiny 2, players can join any faction of their choice, one of which is Vanguard, and it features various ranks that offer players rewards.

Destiny 2: New Light, generally known as Destiny 2, is a popular free-to-play online multiplayer game. It is the sequel to 2014’s Destiny and its expansions. The game is developed by Bungie and was originally released as a pay-to-play game in 2017. However, it became free-to-play using the games as a service model, under the New Light title in 2019.

The game takes place in a fantasy, science fiction world. Players are able to participate in two distinct gaming modes: player-versus-environment (PvE) and player-versus-player (PvP). It is important to note that the PvP mode features traditional death matches and objective-based modes. 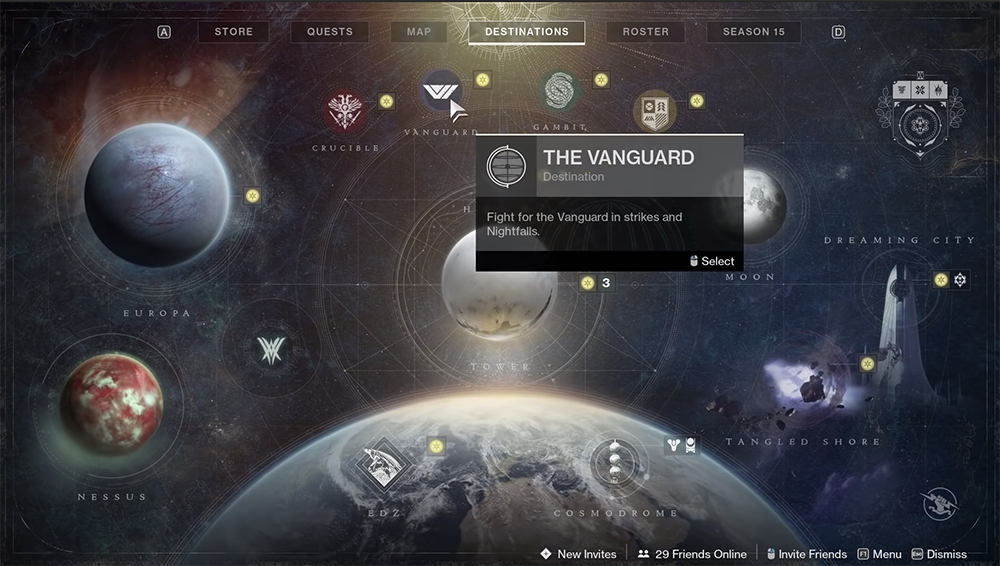 PvE consists of three-player strikes, dungeons and six-player raids. It also features a free-roam patrol mode, which is available for each area that features public events and other exploration activities. However, it also focuses on the interactions with the non-playable characters (NPCs).

Destiny 2 invites players to take on the role of a Guardian, who are protectors of Earth’s last safe city. Players have a choice between three different Guardians, including the hunter, warlock and titans. It is important to note that each Guadian has its own unique skills and abilities. The following table indicates the name and description of each Guardian:

The Guardians wield a power called Light, which is used to protect humanity from various alien races. Additionally, they battle the looming threat of the Darkness. Similar to the original Destiny, it features of various expansion packs. The expansions introduce a lot of new content to the game, which keeps players engaged and interested.

In addition to the classes, Destiny 2 features nine different factions. They are in-universe groups with which various characters and players can align themselves with. It is important to note that each faction has a reputation associated with it.

Reputation is gained by performing certain activities, and it will periodically rank up when a specific amount has been earned. When a player ranks up, they will receive a package, which contains a random piece of Faction specific gear.

The Vanguard faction consists of high-ranking players, who are considered the best of their respective classes. The ranks are a new way to reward players for play Nightfalls, Strikes and other seasonal activities. 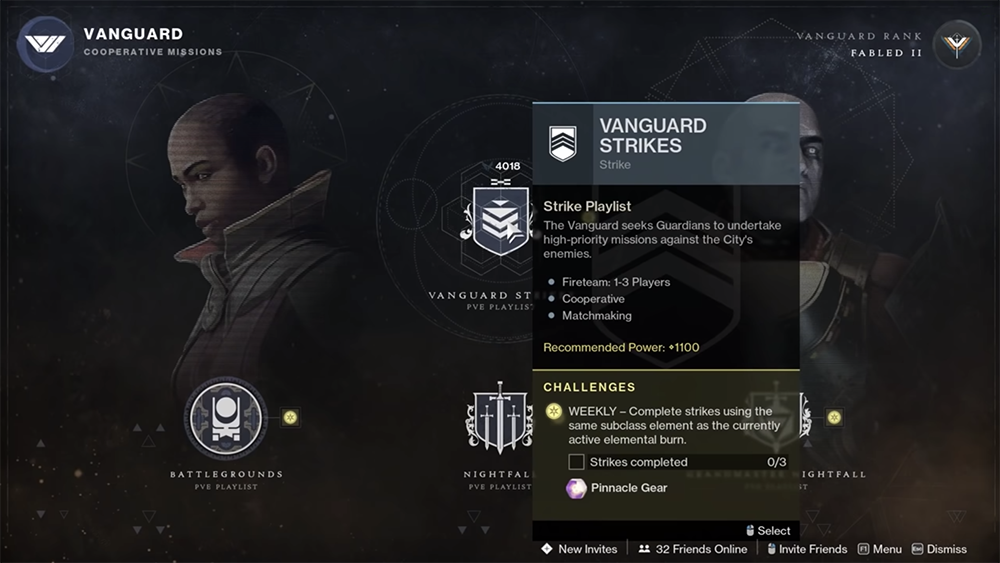 It is important to note that the new system comes with several ranks and some of them feature valuable rewards. Ranking up through the levels will be a priority for some players, especially if they are chasing powerful gear and Ritual Weapons.

There are currently 16 Vanguard ranks for players to progress through. Players should note that it is divided into six main areas, with three ranks per area. However, this principle does not apply to the final rank.

All players will start at the Guardian rank, and they will need to obtain points to progress to the next rank. The higher the rank, the more points they will need. Luckily, there is a fantastic way to speed up the ranking process.

The following table indicates the different Vanguard ranks, total points, and the points to the next rank:

How to rank up rapidly

It is important to note that players will no longer receive points by completing bounties. However, progress is earned by completing certain activities. To speed up the process, it is recommended that players continue to do Strikes and Nightfall until they reach five-streaks. When they have reached five-streaks, they should invest time and efforts to reach a satisfying level of progress. 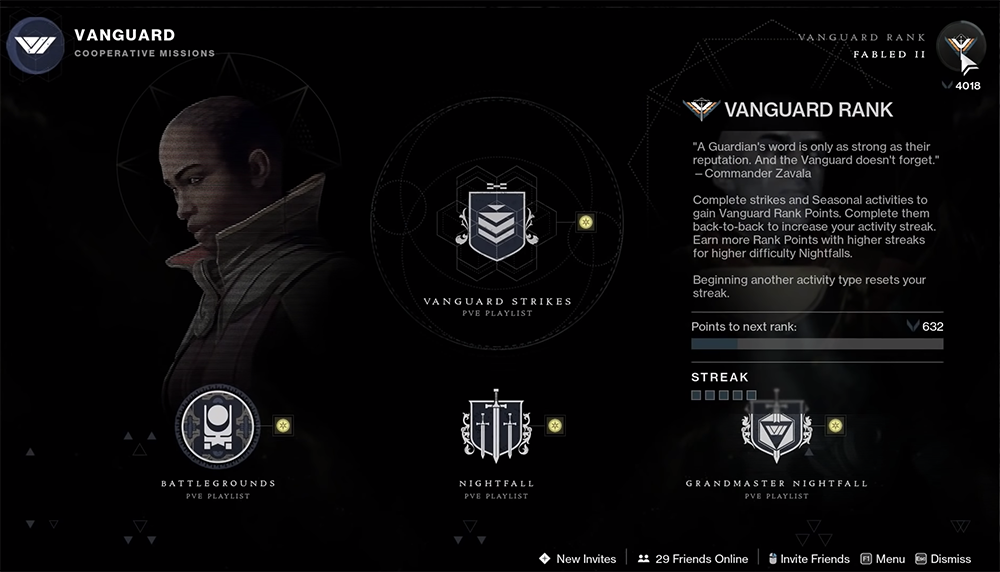 In Destiny 2, players can choose to play one of three available classes. However, they can also decide in which faction they want to be. One of the factions players can choose is Vanguard. The faction features various ranks and some of them offers valuable rewards.

Players will have to participate in certain activities in order to gain points. The points add up and will eventually increase the player’s rank in the faction. Players should remember that the higher the rank, the more points they will need.