In Destiny 2, players can come across Energy and Kinetic weapons, however, a Kinetic weapon should be the go-to weapon, as it deals the highest amount of damage.

Destiny 2: New Light, generally known as Destiny 2, is a free-to-play online multiplayer game. It is the sequel to 2014’s Destiny and its subsequent expansions. The game is developed by Bungie and was originally released as a pay-to-play game in 2017. However, it became free-to-play using the games as a service model, under the New Light title in 2019.

The game is set in a fantasy, science fiction world, where players can participate in two distinct modes: player-versus-environment (PvE) and Player-versus-player (PvP). It is important to note that the PvP mode features traditional death matches and objective-based modes. However, PvE consists of three-player strikes, dungeons and six-player raids. It also features a free roam patrol mode, which is available for each area that features public events and other exploration activities. Additionally, it focuses on the interactions with the non-playable characters (NPCs).

Destiny 2 invites players to take on the role of a Guardian, who are protectors of Earth’s last safe city. Players have a choice between three different Guardians: Hunter, Titan or Warlock. It is important to note that each Guardian has its own unique abilities and skills. Players should thus carefully consider before choosing a class. The following table indicates the name and description of each Guardian:

The Guardians wield a power called Light, which is used to battle the looming threat of the Darkness. Additionally, it is used to protect humanity from various alien races. Similar to the original Destiny, it features of various expansion packs. The expansions introduce a lot of new content to the game, which keeps players engaged and interested. 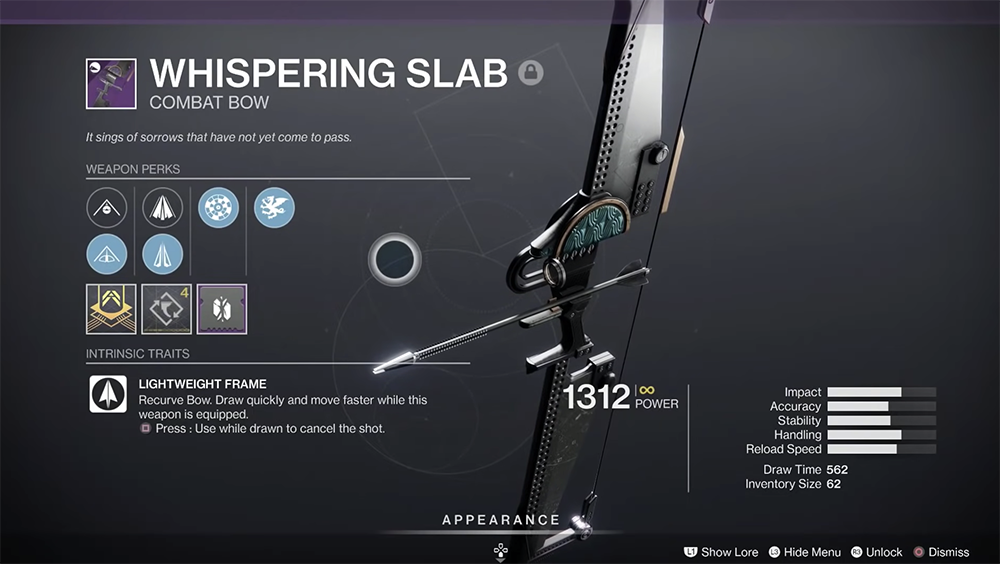 In Destiny 2, players can equip their digital character with various items to make them stronger. One of the weapon types players can equip is Kinetic. These weapons are usually slotted in a Guardian’s first weapon slot. It is important to note that the weapons deal non-elemental damage.

Kinetic weapons are used to decrease the enemy’s health bar. This means that it will be a players go-to weapon and it is the one that deals the highest amount of damage to enemies. Even though Kinetic weapons generally shoot bullets, players can also find Kinetic bows. 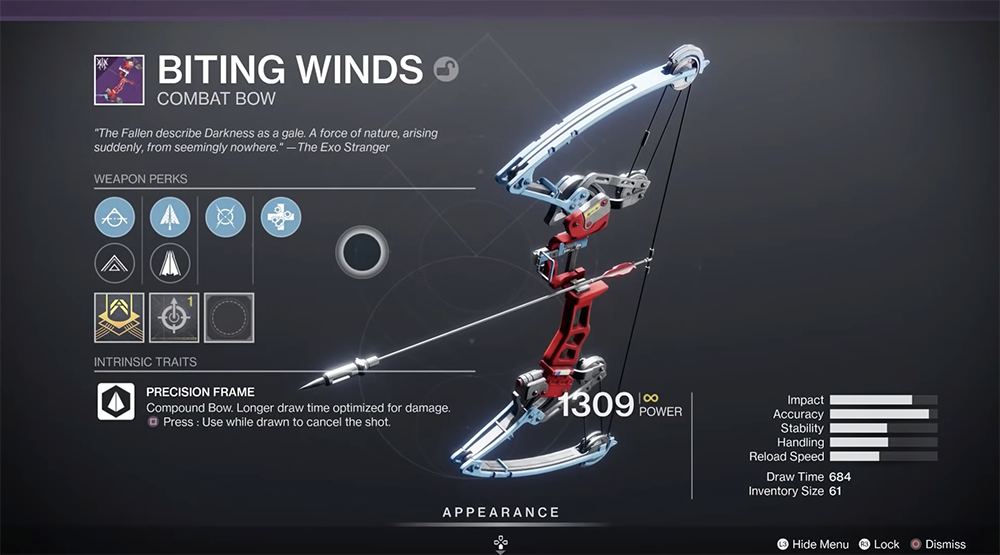 The following table indicates some of the Kinetic bows that players can find in Destiny 2: 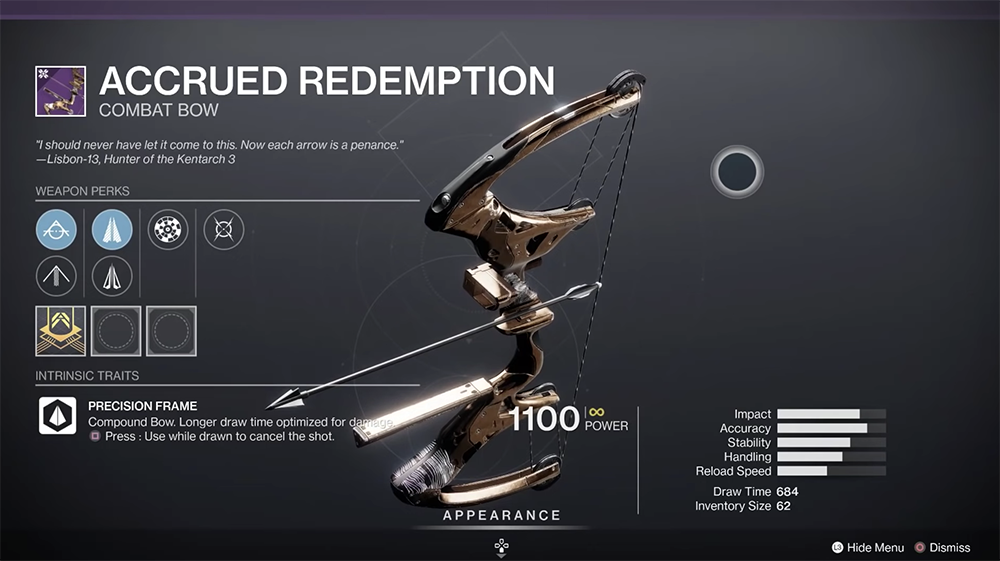 It is believed that the best bow for player-versus-environment and Gambit is Biting Wind. It is a Europa weapon, and it is obtainable through Variks’ weapon quests. With regard to perks, players can use Rampage, Dragonfly, Explosive Head or Archer’s Tempo. These are quite helpful and will increase players’ damage per second (DPS)

While it is recommended that players use the Accrued Redemption or the Biting Wind bows for player-versus-player, Accrued Redemption can possibly drop from completing encounters in Garden of Salvation. Additionally, they can also use the Wish Ender bow. Players can obtain it by completing the Awoken Talisman Exotic quest.

In Destiny 2, players can obtain various gear, weapons and items to increase their character’s damage-per-second. It is important to note that there are multiple types of times. With regard to weapons, players can find Kinetic and Energy in-game.

Kinetic weapons are usually slotted in a Guardian’s first weapon slot; however, it does not deal non-elemental damage. These weapons are used to decrease the enemy’s heal bar. It should be a player’s go-to weapon as it deals the highest amount of damage.