Destiny 2 features multiple events throughout the year, including The Dawning, where players can bake various recipes to get rewards.

Destiny 2, also known as Destiny 2: New Light, is a popular free-to-play online multiplayer game. The game is the sequel to 2014’s Destiny and its expansions. Destiny 2 is developed by Bungie and was originally released as a pay-to-play game in 2017. However, it became free-to-play using the games as a service model, under the New Light title in 2019.

The game is set in a mythic science fiction world, and it features a multiplayer shared world environment with elements of role-playing games. Players are able to participate in two distinct gaming modes: Player-versus-player (PvP) and player-versus-environment (PvE). It is important to note that PvP features objective-based modes and traditional death matches, while PvE consists of three-player strikes, dungeons and six-player raids. Additionally, a free roam patrol mode is available for each destination that features public events and other activities. The activities focus on the exploration of the destinations. However, it also focuses on the interactions with the non-playable characters (NPCs).

Destiny 2 invites players to take on the role of a Guardian, who are protectors of Earth’s last safe city. The Guardians wield a power called Light to protect humanity from various alien races. Additionally, they combat the looming threat of the Darkness. Similar to the original Destiny, it features various expansion packs which add to the story. These packs also introduce new content across the game.

In addition to the above-mentioned activities, players are able to participate in the annual events, such as The Dawning. The event consists of players baking gifts in Eva’s Holiday Oven and delivering them to characters. Players will receive rewards, such as the Avalanche machine gun and the Cold Front Submachine gun, if they deliver the goods. One of the items players can craft during the event is the Fractal Rolls.

The Fractal Rolls are amongst the latest recipes to hit The Dawning event. Players will be asked by Brother Vance on Mercury to craft the item. It is advised that players craft it if they want to maximize their festive rewards.

If players successfully complete the Fractal Rolls recipe, they will get a step closer to completing the Spreading Cheer quest. When players complete the quest, they will be rewarded with the swish ship. It is important to note that players will also need to bake a minimum of 50 holiday gifts, including the Dark Chocolate Mote recipe, to finish the mission. 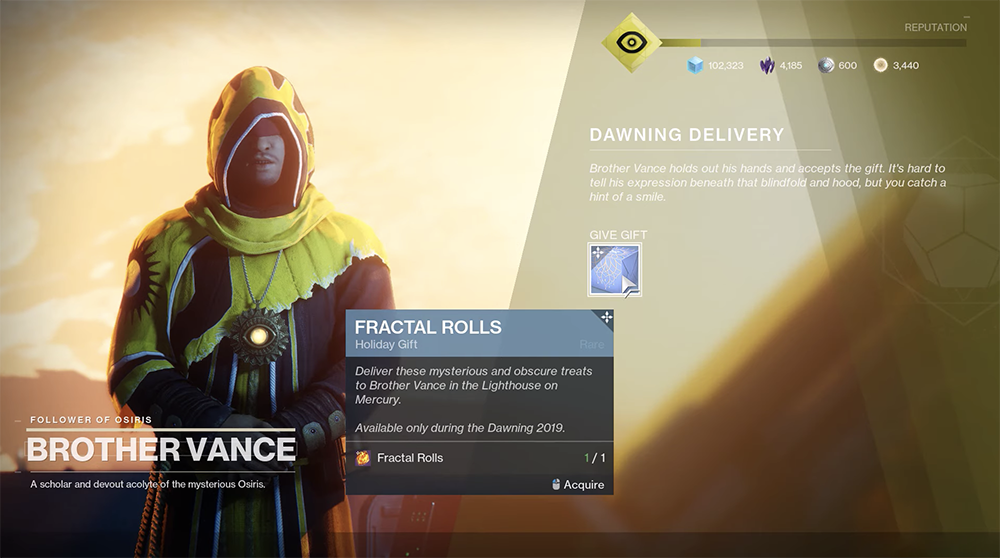 How to make Fractal Rolls

In order to craft the Fractal Rolls, players will have to obtain One Pinch of Light, one Vex Milk and 15 Essence of Dawning. To obtain the Pinche of Light, they can pick up Orbs of Light, which is generated from other Guardians’ supers.

Additionally, it can be obtained from multi kills with master-worked weapons. Players can also get a guaranteed drop from Eva Levante’s Guiding Light Bounty as it offers them the item as a reward.

Players can collect the Vex Milk by slaughtering Vex on any planet or in any movement. It is thus recommended that they take on a strike or a mission that centres around the Vex. Players should defeat Hobgoblins, Goblins and Minotaur to obtain the Vex Milk. It is important to note that Vex Milk is a common ingredient in The Dawning’s recipes. Players should thus spend some time farming the item as they would need it later on.

Players can obtain the Essence of Dawning by completing any of the activities in-game. However, it is recommended that they participate in Crucible, as it is an efficient method for earing essence. Each round of Crucible will reward them with 12 Essence of Dawning.

When players have collected all the ingredients, they can place them all together in Eva’s Holiday Oven 2.0 Players can then give their freshly-baked Fractal Rolls to Brother Vance, located in the Lighthouse on Mercury, to complete the quest. 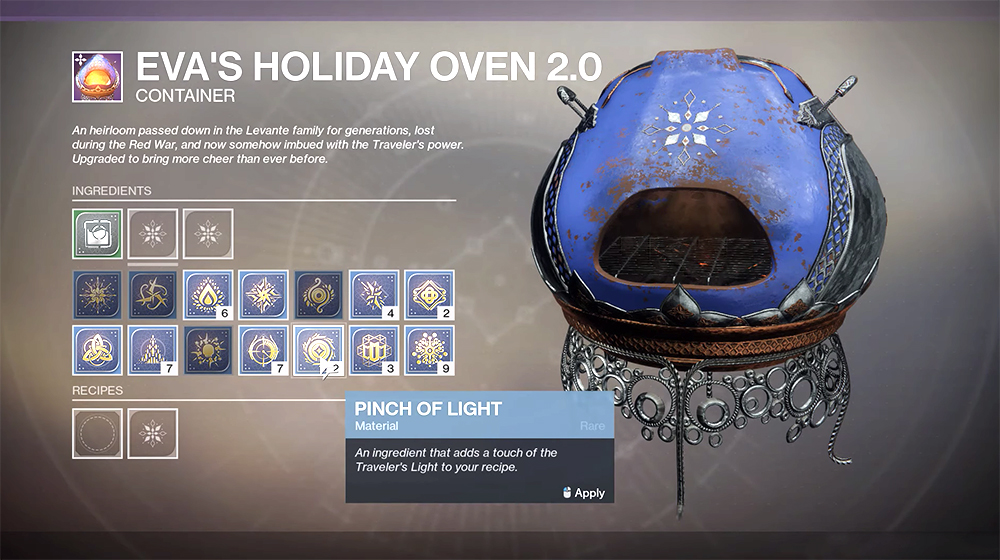 It is recommended that once players are at the location, they complete a round of Destiny 2 Sundial. Additionally, players can finish the A Matter of Time Quest in order to collect their new seasonal artefact.

Destiny 2 features multiple events throughout the year, one of which is The Dawning. During the event, players need to bake various meals in Eva’s Holiday Oven and deliver them to various non-player characters (NPCs). Brother Vance in Mercury will ask players to craft Fractal Rolls. It is important to note that gathering the ingredients for the recipe may take some time.