Ragnarok X: Next Generation (ROX) has interesting features, one of which is the Dead Branch, which reportedly have the ability to summon monsters and mini bosses.

Ragnarok X: Next Generation, also known as ROX, is a mobile massively multiplayer online-role playing game (MMORPG). It forms part of the Ragnarok franchise. ROX has maintained the spirit of the well-loved classic, Ragnarok Online. However, it has introduced various new features into the MMORPG, breathing fresh air into the already saturated genre.

The game invites players to the fantasy world of Midgard, where an evil presence threatens to tear the world apart. Gamers are able to get lost in the bright and luxuriant world, with its mesmerizing art style that captures the real charm of the game.

ROX enables players to create their own digital avatars in order to live in the world. Players can customize their avatar by equipping costumes, accessories and powerful gear. These avatars can also be constantly upgraded with better equipment systems, which will lead the player to proceed further in the game.

The game has a lot of interesting features, such as the pet system, social interactions, side-quests, gacha vending machines, and a Dead Branch, among others.

What is a Dead Branch?

The in-game description of this item states, “An ancient branch imbued with magic. Its mysterious powers can summon any living monster, and the mysterious Gold Poring. Adventurers can kill monsters for more drops and experience.” The mobs summoned by the Dead Branch will give the player a lot of base and job experience.

The above mentioned means that the Dead Branch is a usable item that summons a random non-MVP monster from a list of 463 monsters. This item can also summon mini-bosses, however, it cannot summon renewal monsters as ExperienceRO is a pre-renewal. 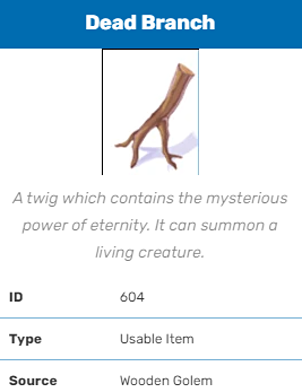 How to obtain a Dead Branch

A Dead Branch is best farmed from Nine Tail in pay_fild11 and pay_dun02. It is recommended that players also auto loot nine tails, (Item identification: 1022), which is an ingredient in making Foxy Tail.

The branch can be dropped by Ghostring, Elder Willow, Wood Goblin, Ancient Clock and Clock. However, players can also obtain the branch in level 40, 60 and 80 autumn chests as well as a growth pack. In addition, the Dead Branch can also be obtained through Mysterious Boxes and the first test gift pack.

In ExperienceRO, a Dead Branch is mostly used for summoning Hardrock Mammoth for its Hard Skin, which is used in Justin quests. It is also commonly used to summon monsters for cards, such as Mutant Dragoniod Card, Maya Purple Card and Aqua Elemental Card.

Apart from Hard Skin, there are other headgear ingredients that can be dropped by monsters summoned by a Dead Branch. 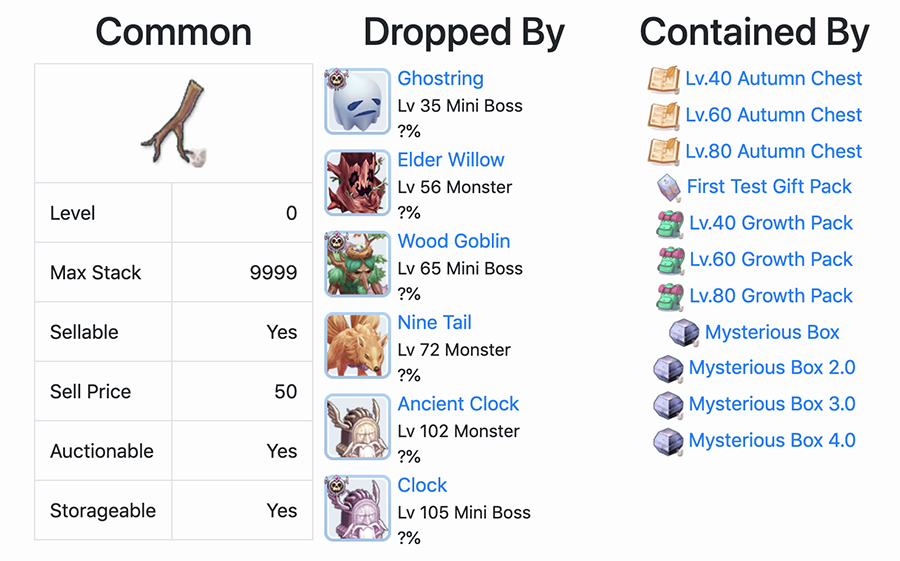 What are the requirements?

Players should take note that they must be in a party before they summon a mini boss. It is recommended that the player is level 45 or higher to kill the mobs. It is required that the player who wishes to obtain a Dead Branch, is part of a level 12 guild.

Where to use a Dead Dranch?

The item can be used to summon mobs inside the guild territory, and in certain maps.

Is there a limit on using a Dead Branch?

A Dead Branch can be used five times a day to summon mini bosses.

Which monsters can be summoned by the Dead Branch?

There are various monsters and mini bosses that can be summoned by a Dead Branch. These monsters include Ancient Mummy, Caramel, Grizzly, Mimic, Poring, Whisper, and a Zombie Master, among others. While the Mini Bosses include Ghostring, Dragonfly, Eclipse, Eddga and Mistress among others. 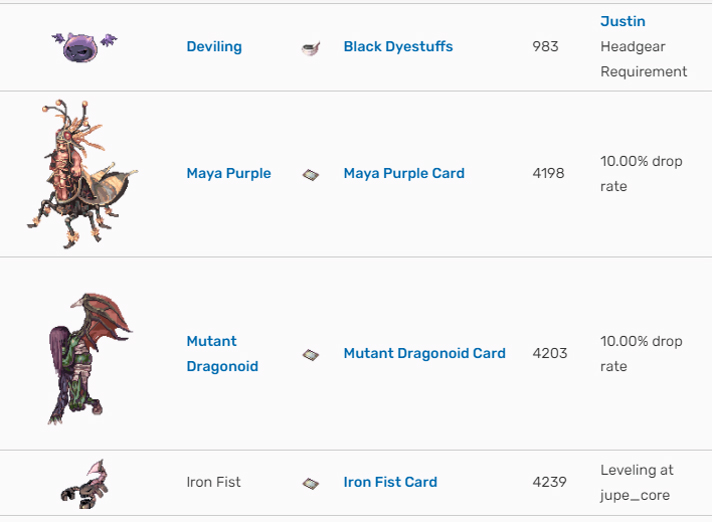 Tips for using a Dead Branch

Most well-geared characters can survive the monsters summoned by Dead Branches, however, some monsters have the ability to strip armour. This should not be much of an issue if the player has a Complete Path Set or an Elite Set.

It is recommended that players have 100 percent resistance to the Neutral property. Some monsters can inflict some ailment statuses on players. Luckily, most statuses can be cured by using royal jelly or panacea. However, Yggdrasil berry can fully store the player’s health.

If the player summons to many monsters at a time, they can all gang up against the player. This will make it too difficult for the player to use some or all of their skills. In this scenario, it is recommended to utilize splash damage from the Baphomet Card or a Collector path’s lower headgear.