It is believed that a double Aquatic Axie build with a Hot Butt tank is the meta team for new players in Axie Infinity, however, this team can be very expensive.

It invites players to breed, collect, trade, sell, raise, battle and build a kingdom with pets called Axies. They are fierce creatures that love to battle, build, and hunt for treasure. It is important to note that players need to obtain three Axies before they can start playing Axie Infinity. Players can also buy Axies on the official marketplace website using real-life money.

The Axies can be improved by equipping them with multiple cards. Each card provides the Axie with additional statistics and abilities. Axie Infinity currently has over 100 cards for players to choose from. However, the cards are divided into six distinct classes: Plant, Bird, Bug, Beast, Aqua and Reptile.

Every Axie class is then divided into different body parts, including the mouth, eyes, ears and horn among others. Since each card features unique abilities and statistics, it is important that players know which Axie should be equipped with which cards.

Luckily, experienced players and professional gamers have created multiple builds and posted them online to help players with cards and Axies. Even though players can basically select any Axies to form a team, certain Axies perform better together than others. 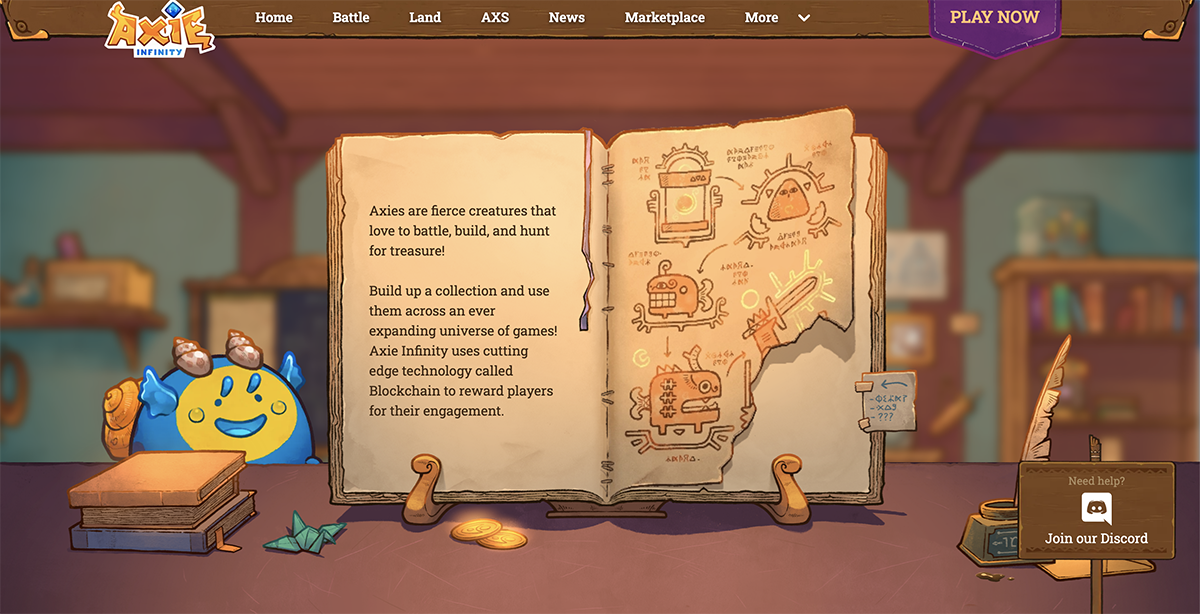 Before players can discover the meta Axie team, they should first understand what meta means. In short, meta in videogames means using characters, items, or in this case, Axies that are the most powerful at the time. It also refers to the best and quickest way to reach victory.

It is believed that this Axie team composition will be the meta for season after season. This build has been tried and tested in various battles and it has rarely failed.

It is important that players obtain fixtures of Axies and things that they know have longevity. This is due to the fact that players have to pay quite a lot of money to get involved in Axie Infinity. The Hot Butt Axie is arguably the most well-rounded and best tank in the game.

Players can apply the October Treat, Vegetable Bite, Prickly Trap and Spicy Surprise cards on their tank. The Axie has the ability to switch off the opponent’s mouth card, which allows players to pass. It also has the skill to activate a shield while in battle. The tank costs approximately $500.

For a midliner, it is recommended that players slot the sponge Aqua Axie. The pure Axie costs approximately $508. Players can use the Shipwreck, Crimson Water, Star Shuriken and Tail Slap. The Axie has the ability to apply a shield while outplaying the opponent Overall, the Sponge Axie is incredible value for all players. However, it is advised that players do not pay more than $550 for it.

If the specific Axie is not available to purchase, players can purchase the Babylonia Aquatic Axie. It is important to note that this Axie might be more expensive than the Sponge Axie.

It is important to note that the recommended Axie for the backliner is on the niche side of the market. For the backliner, players can purchase the Blue Moon Aqua Axie for $532. However, if it is not available for purchase, players can use the Cuckoo Aqua Axie. This Axie costs approximately $530.

In Axie Infinity, players are able to build various teams to win battles. Even though they can use any Axie team, some Axies work better together than others. It is believed that a double Aquatic Axie build with the Hot Butt tank is the meta for new players.