There are approximately 20 glyphs in Assassin’s Creed 2 and players have to find them all to unlock The Truth.

It takes place as an animated history of real-world events, following the struggle between Assassins and Templers.

Players can follow the story of Desmond Miles, as he relives the genetic memories of his ancestor. It is his responsibility to uncover and solve the mysteries left behind by an ancient race, in the hopes of ending the conflict between the Assassins and Templers.

Why are quests important?

While playing the game, players can complete several quests. Some of the quests are side quests, and their completion is thus optional. Even though you can play the game however you want to, it is advisable that you focus on completing the main storyline first.

As you advance in the storyline of the game, you will come across numerous glyphs. Glyphs are data entry points scattered around the visual representation of Renaissance Italy, and they were rendered by the Animus. Desmond will locate several of them while reliving the memories of his ancestor.

Every glyph reveals details about the Pieces of Eden, humanity, and the conflict between the Templars and Assassins. There are approximately 20 glyphs that you have to find throughout your journey, which could be an intimidating task.

This is because you have to solve challenging puzzles after discovering a glyph. To unlock The Truth, players have to find and solve all of the puzzles through the glyphs Desmond’s ancestor left behind in his wake.

It is worth noting that the glyphs can be found in various locations, and for this reason, you should fully and thoroughly explore each area and map to ensure that you do not miss a glyph and a puzzle.

Where are the glyphs located?

There might be more glyphs in one area than in another. The following table indicates the locations and how many glyphs can be found in them:

Based on the information in the table, you may end up spending more time in Venice than in the Monteriggioni / Villa area to discover all of the glyphs. If you miss a glyph, you might have to return to all the areas to look for it again.

Since the areas are quite big, it can take some time to find the glyphs. Below we list all of the glyph locations in each area: 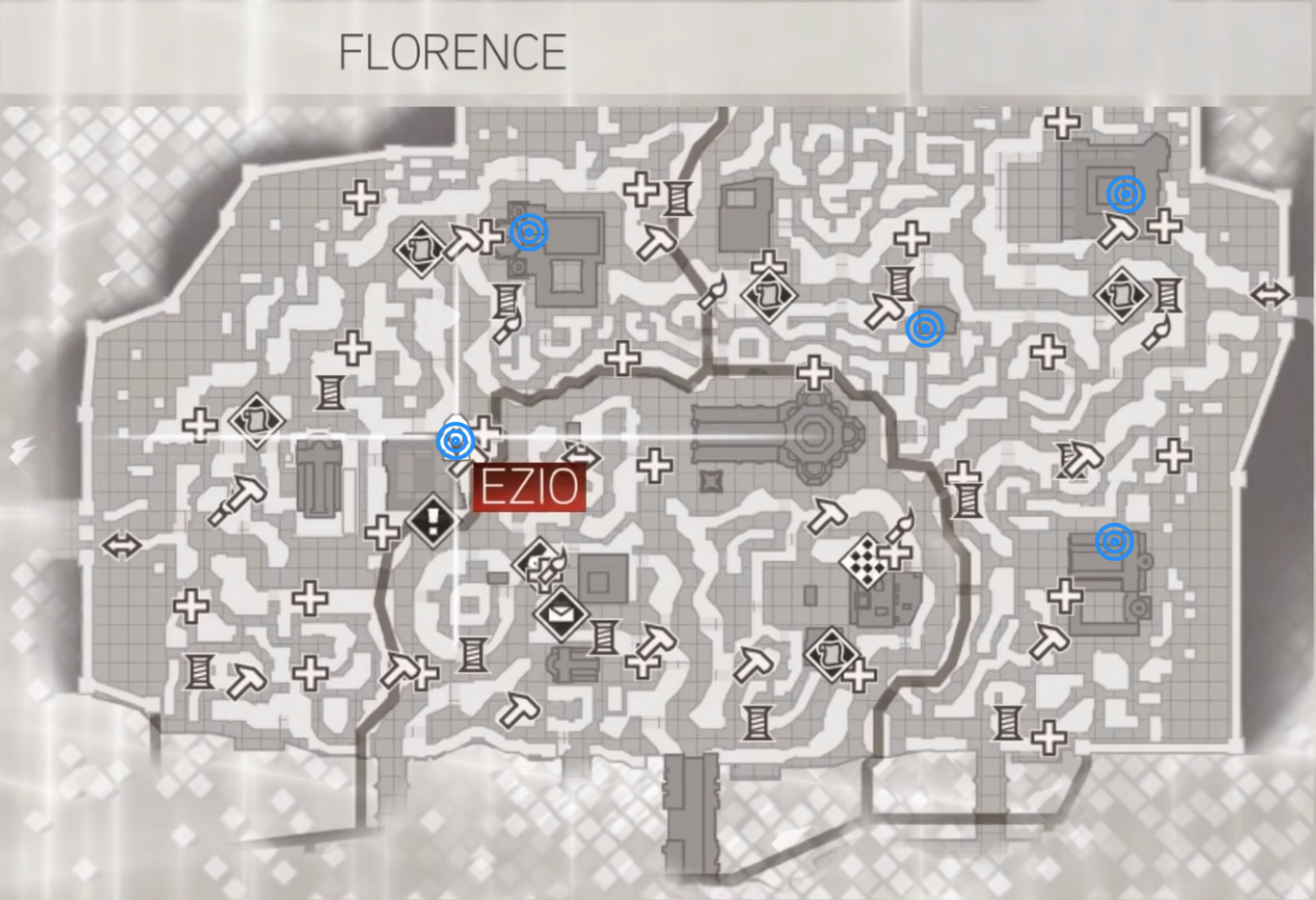 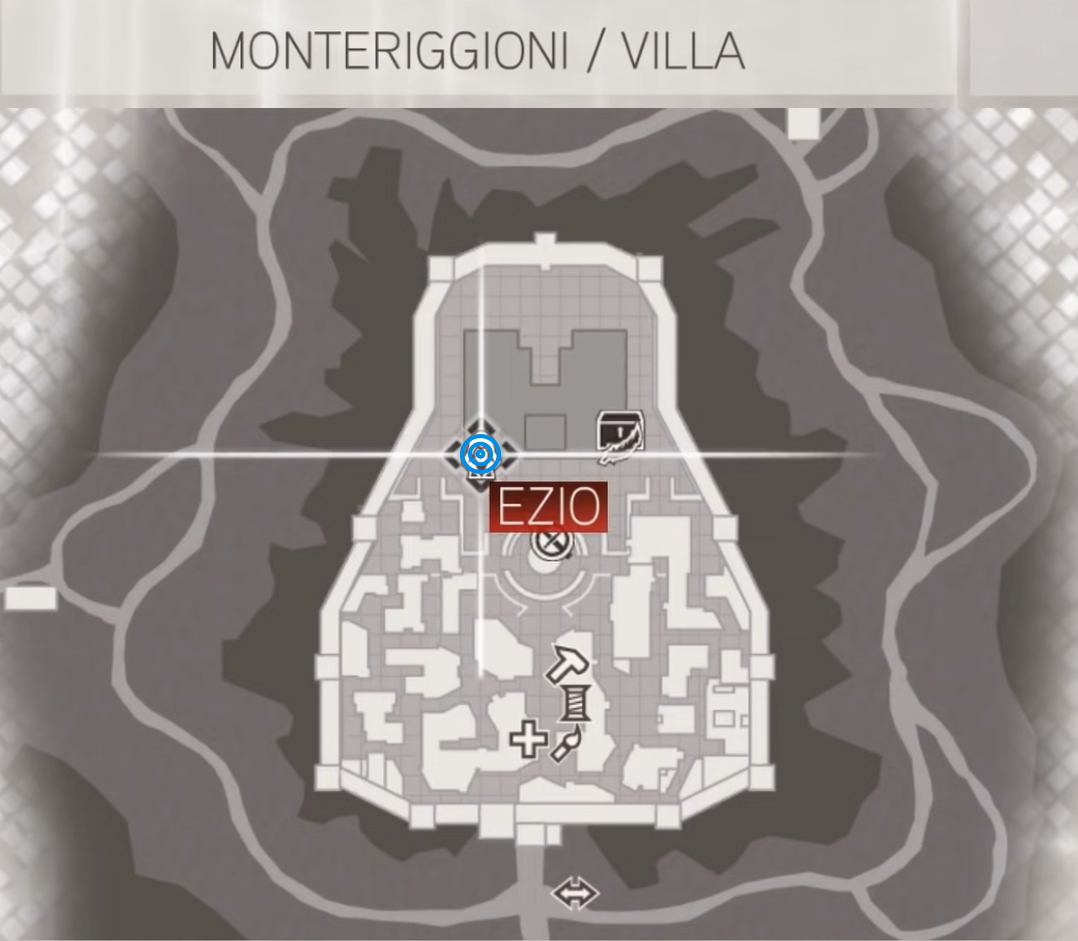 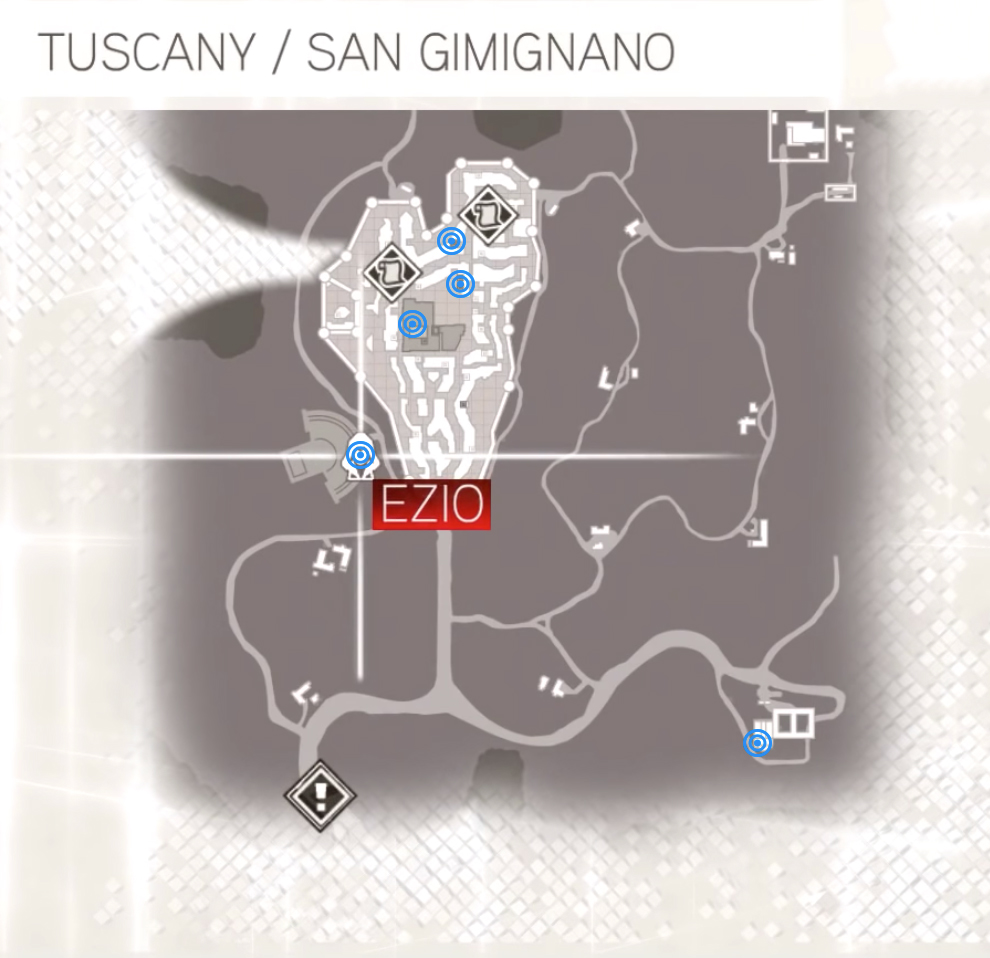 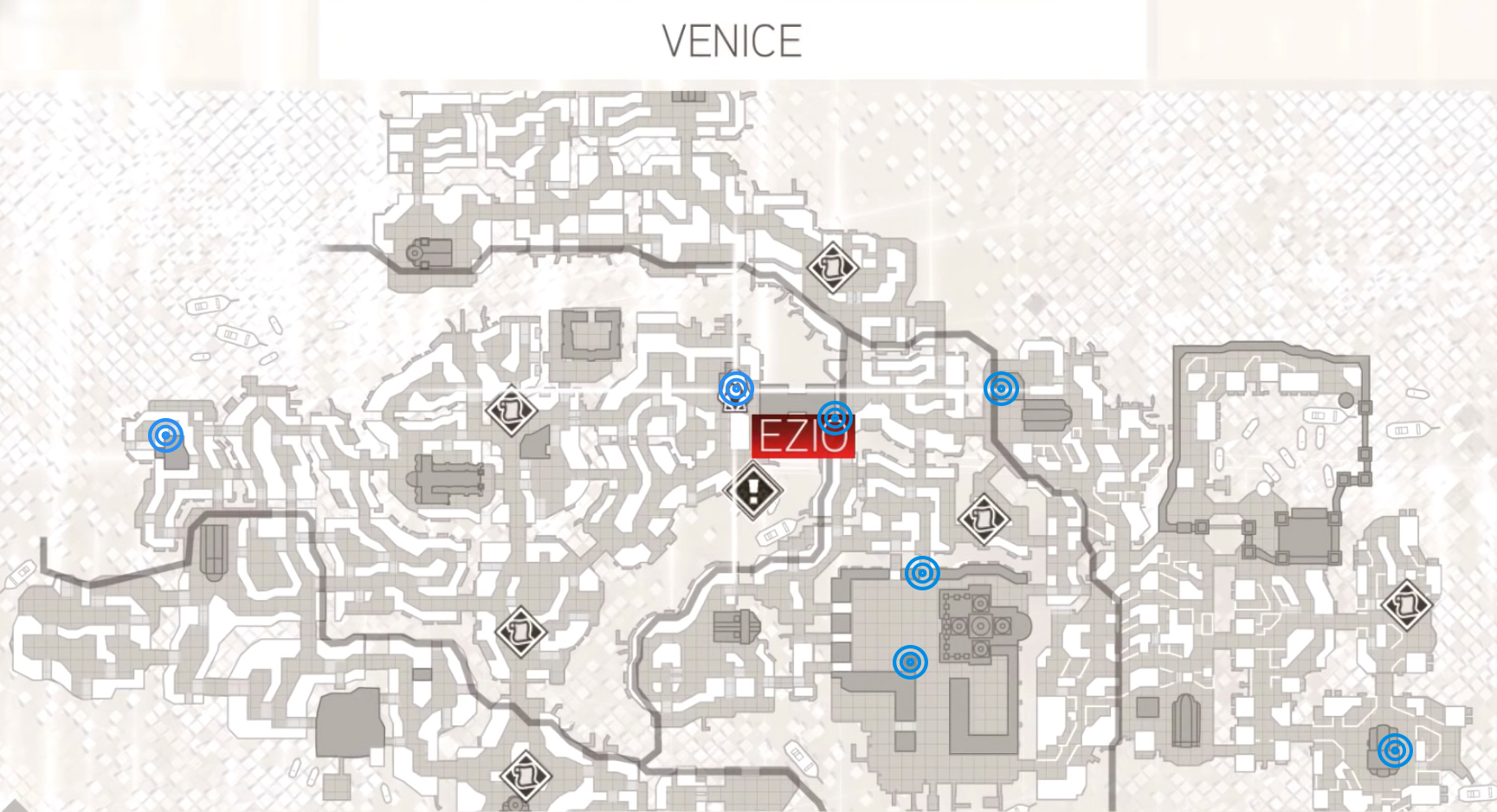 As mentioned before, you have to solve a puzzle after finding a glyph. There are different types of puzzles, and each one has to be solved in a different way.

To solve ring puzzles, you have to align all the rings to complete the picture, while scanning puzzles requires you to spot hidden objects in the picture.

Additionally, you will have to select the correct paintings, find a lunar lander, and break codes to solve the puzzles.

Assassin’s Creed 2 is a thrilling action-adventure video game that is a part of the Assassin’s Creed series. You can thus expect similar mechanics, content, and overall gameplay. It is set as an animated history of real-world events, as it follows the struggle between Assassins and Templers.

As you progress in the game, you will find multiple glyphs, which are data entry points scattered around the visual representation of Renaissance Italy.

These glyphs were rendered by the Animus. Every time you find a glyph, you have to solve a different puzzle. There are approximately 20 glyphs to be found, and you have to find them all to unlock The Truth.