Arknights currently has over 200 operators available for players to obtain, and as a result, it can be confusing to know which character falls into which tier.

Arknights is a free-to-play tower defence mobile game set in the dystopian, post-apocalyptic future setting of planet Terra. People on the planet show kemonomimi features and have animal characteristics or mythological races.

The in-game natural disasters have left behind a valuable mineral, Originium, which enables the use of a magic called Arts. It also infects people with the progressive disease, Oripathy. Due to the 100 percent mortality rate, and the high infectivity at the time of death and unfriendliness towards the infected became widespread. This led to a mass quarantine and expulsion by governments worldwide. Subsequently, tension arose between the non-infected and the infected.

Players take on the role of the  amnesiac Doctor. They command a team of operators on Rhodes Island, a medical, self-defence and pharmaceutical organisation. As the disease spreads, the team searches for a cure while defending themselves against threats such as the Reunion Movement.

It is also important to note that each class features multiple sub-classes. Each sub-class has its own unique abilities and skills. The following table indicates the name of each class, as well as the general characteristics.

Characters are ranked according to their uniqueness and combat performances. The S-tier characters are extremely capable and are second to none. The A-tiers feature some of the best characters of that class, as they are a good choice for any part.

The B-tier characters are useful in most combat situations. However, it is recommended that players upgrade the characters when it is necessary. While the C-tier units are viable, they are not ideal to have.

The following table indicates the Supporter tier, as well as the characters that fall into the specific tier.

The table below indicates the tiers for the Specialist class.

The following table indicates the Sniper tier list, as well as the characters that falls into the tier.

The table below indicates the best and worst characters of the Medic class.

The following table indicates the tier list for the Guard class.

The table below shows which character of the Vanguard class falls into which tier.

The following table indicates the best and worst Defenders in Arknights.

The table below indicates which Caster units fall into which tier.

How to obtain a strong Operator

When players first start playing Arknights, they are able to re-roll in the gacha until they obtain a rare or strong operator. Experienced players can use the Headhunt feature located in the main menu to obtain new characters. This will utilize gacha mechanics to give players a random operator from the current pool.

It is important to note that players will need to use Headhunting Tickets or Artificial Originium to get operators. Players are also able to see which characters are available on the banner. However, they should keep in mind that these banners change over time. This means that the pool of available operators changes constantly.

Alternatively, players can use the Open Recruitment feature the obtain a new operator. This allows the player to narrow down the list of operators they can get. Subsequently, this increases the chances of getting the character they want. However, this method requires Recruitment Tickets and Lungmen Coins.

Players are also able to obtain certain operators as a reward for completing a story or tutorial mission. The missions will have an operator’s face icon next to the quest to indicate that the character can be recruited.

The Headhunting tickets, Artificial Orginium, Recruitment Tickets and Lungment Coins can be purchased at the in-game store using the in-game currency. However, it is important to note that players may have to spend real-life money to obtain certain items in the store. 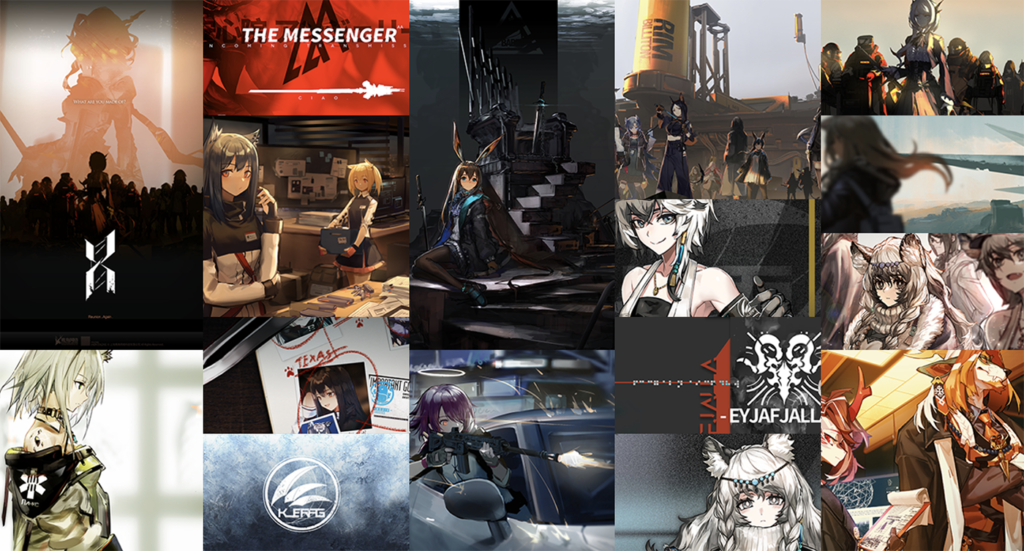 Arknights is a popular tower defence-style, mobile gacha game. Players need to fend off waves of enemies with the help of the characters they obtained through headhunting and recruitment. The characters can be divided into eight distinct characters: Guard, Medic, Vangaurd, Sniper, Caster, Supporter, Specialists and Defenders.

Each class features its own characters with unique skills and abilities. It is important to note that every character is ranked into different tiers. The S-tier is usually the best, with the most sought-after characters, while the C-tier features very common and below average units. It is advised that players aim to obtain the S-tier characters.

The game currently features over 200 operators for players to obtain. It can thus be difficult to know which character forms part of which tier. Luckily, the above-mentioned tables indicate all eight classes’ tier-lists, and the characters that form part of the specific tier.