Though they only have a two percent chance, one of the characters that players can obtain in Alchemy Stars is Gram, a Detonator, six-star Fire Aurorian.

Alchemy Stars is a popular role-playing gacha mobile game, set in the fantasy world of Astra. Players take on the role of a survivor of the Caelestite race. They need to help civilians defeat invading creatures called Eclipsites. In the game, players are able to build teams of five characters, known as Aurorians. It is important to note that each Aurorian is associated with one of the four elements and possesses unique abilities.

During the turn-based combat stages, players can guide their characters along paths of as many connected tiles of the same element as possible. The characters’ attack powers are able to increase, however, it depends on the path length. Characters are also able to activate abilities in order to influence the battlefield. They can change tile elements, heal their teammates and teleport to other parts of the battleground. 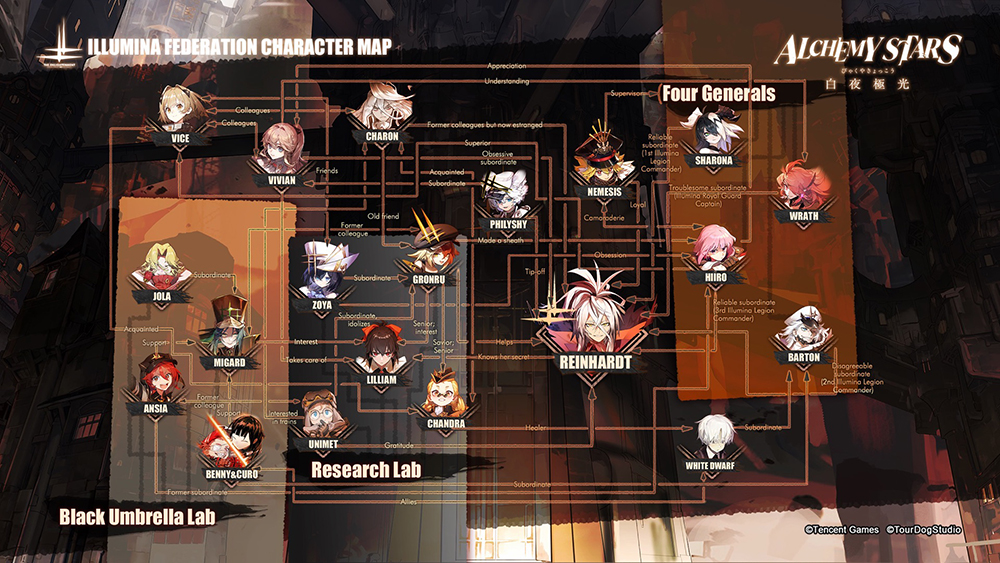 One of the characters that players can recruit is Gram, a Detonator, six-star Fire Aurorian. The official description revels that he is a veteran who once served on Illumina’s defensive lines. However, he has since retired from active duty and is working in logistics. Even though Gram looks tough on the outside, he is soft on the inside. It is believed that he is a dependable ally on the battlefield.

The following table indicates a more simplified explanation of Gram’s skills and abilities: 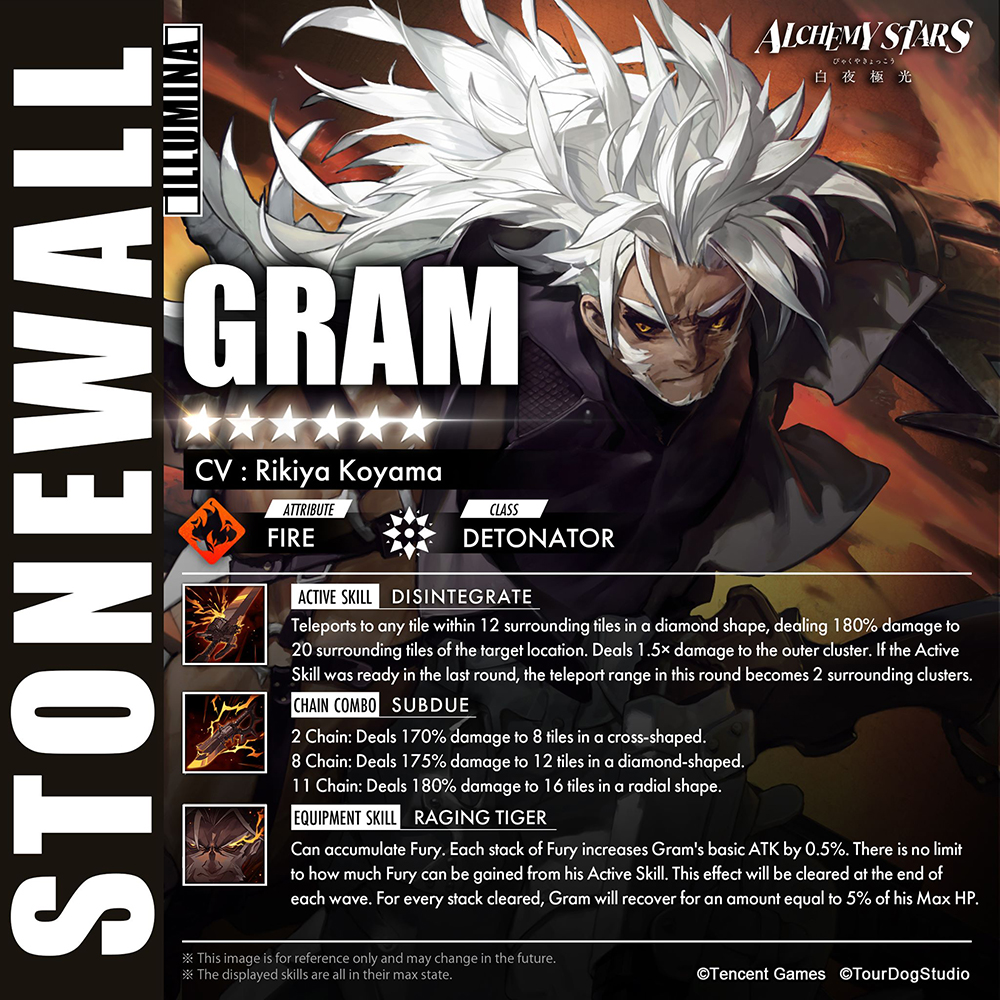 Gram can be a crucial unit in a team due to his various skills and abilities. His equipment ability reveals that he can grant himself stacks of Fury. It is described as a stackable buff that is able to increase Gram’s base attack by 0.5 percent per stack.

The Fury can stack infinitely, however, the effect clears after every turn. Additionally, Gram can heal himself with the collected stacks of Fury. He is healed at the rate of 5 percent maximum Health Points per stack of Fury.

It is important to note that Fury can be gained by using his Active Skill. With regard to the Active Skill, Gram jumps to a selected tile and damage enemies in a surrounding cluster of 20 tiles. This skill deals 150 percent damage to nearby enemies. Gram will gain stacks of Fury per enemy hit by this skill.

Players should remember that this skill is on a low cooldown of one turn pre-emptive. Gram’s chain skills are damaged in different shaped tiles. However, it increases depending on the number of tiles travelled.

How to obtain Gram

As mentioned above, Alchemy stars is based on a gacha-system. Players should note that banners are divided into regular or rotating banners, and event or time-limited banners. Each banner requires a specific currency to summon a character: Star Flares and Special Star Flares, respectively.

These can be bought by using another currency called Lumambers, at an exchange of approximately 300 Lumamber per Special Star Flare or Star Flare. However, it can also be earned through log-in rewards, compensations and events among others.

As Gram is an event Aurorian, he is only available through his own time-limited banner. This means that players can summon him at a base rate of two percent. However, after 50 summonses, the rates will increase by 2.5 percent per summon.

It is important to note that Alchemy Stars does not feature a pity system for a specific character. However, players who have saved enough summons, that it can be assured to summon a six-star character with the increased rate.

In Alchemy Stars, players need to build teams of 5 Aurorians to enter a battle against the Eclipsites. One of the characters they can use is Gram, a Detonator, six-star Fire unit. He is able to deal a lot of damage, as his maximum attack is 3696. However, Gram also has the ability to heal himself by stacking Fury.

It is important to note that players can only obtain him through the in-game gacha system. It may take some time, as they only have a two percent chance of collecting him.